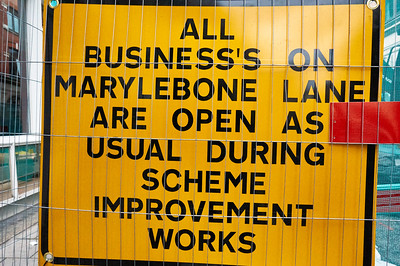 The poor apostrophe (') might be the most abused punctuation mark in the English language. Looking at street signs, advertisements, shop fronts, posters, flyers etc., will indicate that many people have difficulty with proper usage of the apostrophe, so if you struggle with it yourself, don't worry, you're not alone.

The apostrophe has only two uses:

Here are some examples:

Don't use an apostrophe for:

Image: Peter Foster ""Business's"? If your job is to write public notices it is essential you be illiterate.is Public Domain