The first computers were actually people. Their job was to perform (the tedious) calculations for navigational tables, tide charts, and other things, like astronomical data. The machines we call computers were given this name because they replaced the human computers. Imagine having a job where your entire day was spent doing hard sums!

These days a computer is an electronic device that manipulates information, or "data". They carry out instructions, in the form of apps (short for "application programs") and also store information such as documents, images and videos. You can use a computer to type documents, send email, play games, browse the Web and much more besides. Computers aren't magic, though it might seem that way at times. Let's try and explain what they are.

There are two parts to computers:

Without software, a computer is nothing more than a bulky paperweight

Computers come in all shapes and sizes:

Desktop computers also called personal computers (PCs) - so called because they fit on a desk.  They normally consist of a box, a monitor a keyboard and a mouse 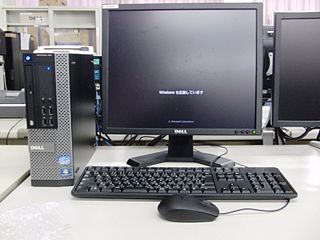 Laptop - a one-piece (box, monitor and keyboard are one unit) battery-powered portable computer that can be used anywhere. Instead of a mouse, you use a touchpad, a flat touch-sensitive surface that does the same things as a mouse. 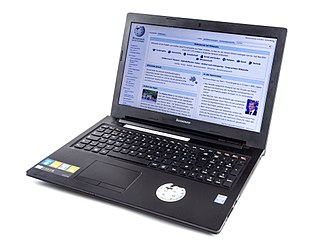 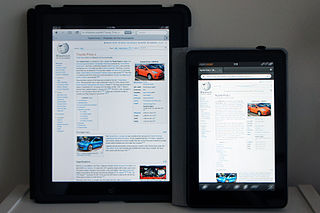 Server - a computer that stores information and connects to other computers. Webpages and websites are stored on web servers.

Other - a lot of modern-day electronic equipment is actually a computer, or has a computer within it e.g.

Inside of a computer case there are many different components that join together to make computers work:

Think of a kitchen in a restaurant.  The CPU is the chef who takes orders from the customer (you) via the waiting staff (apps) and prepares the meal. The hard-drive is the cupboards, cabinets, refrigerators and freezers where all of the ingredients and recipes are stored, RAM is like the counter-top where everything is prepared. The bigger the counter-top, then the bigger the preparation space and so more dishes can be worked on at the same time, so the larger the RAM, the more things the computer can do at once and the faster it can do it.

Computers generate a lot of heat, so there will also be a fan to keep the computer cool. If the computer you are using is making a lot of noise, chances are it's the fan that is causing it. A computer can only do so much at one time and if you ask it to do a lot, it will use more and more of the CPU, leading to a greater need for power.  The power supply heats up, and the fan has to work harder to keep the machine cool, hence the noise.

In addition to the bits inside of a computer, there are bits that attach or plug into the computer on the outside.  These are called peripheral devices, or simply peripherals and include the likes of:

Peripherals need to connect to your computer.  If you look at the side of your laptop or tablet or the front or back of your desktop computer, you'll see some odd shaped holes and slots. These slots are called ports.  Different ports are used to connect different devices.  These are the most common, though there are others:

For headphones and speakers

Ethernet cable port - to connect to a computer network

Ports change over time as new standards are adopted and new technology developed. For example, computers in the 1980s and 1990s would have had a slot for "floppy disks" - thin magnetic disks covered by a plastic case - to store and transfer information. Floppy disks have been obsolete for years, but were so common that even today many apps still use a "Save" icon (a small picture that's a shortcut to open an app or give an app an instruction) or that looks like a floppy disk.